What You Should Know About Titanium Orthopedic Implants 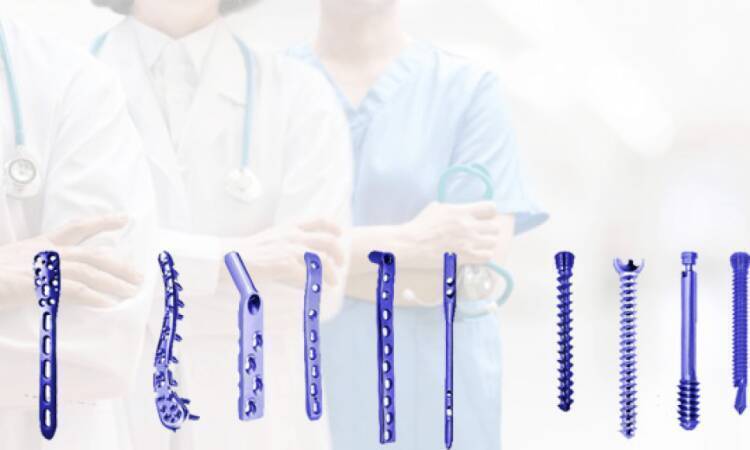 What You Should Know About Titanium Orthopedic Implants

Titanium does not suit all body types and some may show reaction whereas some others may not. It is a common issue as all humans don’t have the same body type and the anatomies are different.

An orthopedic implant is a surgery, through which a device is placed into the human body. The purpose is to restore the function and strength of the body part, by replacing the damaged structure. It is noteworthy that implants are usually used as the last resort, in case the attempts for healing the damage fail. Humans have been using different kinds of implants for more than centuries now. Titanium has traditionally been seen as a biocompatible metal and if the titanium is pure then it is said that it is composed of 99% titanium and very low traces of nickel present in it.

A variety of titanium orthopedic implants are used for different kinds of procedures. Since any orthopedic implant procedure is complicated, it is important to have enough information about the problems, surgeries, and implants used to treat the issues.

What kind of metal is used in orthopedic surgery?

Previously, implants were made using gold, silver, lead and aluminum. One of the latest discoveries was the use of titanium. Nowadays, after many years of testing, it is proved that of all the metal implants in the human body, titanium implants are the most suitable types for a variety of reasons. The most important reasons are that it can last for a long time, reportedly 20 years. Another important feature is that it does not corrode in the human body and is easily accepted by the body as it is more resistant to dangerous reactions.

But this is not all. In fact, there is a long list of features for titanium. The most important factors are:

In order to find out whether a person is allergic to titanium or not, there is a test done before surgery. The name of the test is MELISA. This test is very accurate and takes a sample of your blood to check whether it is sensitive towards titanium or not.

What are the types of orthopedic implants?

There are different types of orthopedic surgical implants. Depending on the kind of injury, the area of the body which is injured and the type of required implant, a variety of implants can be used in one procedure. The three most common types of implants are the screws, plates, and prostheses.

There are two types of orthopedic screws, the ones which are flat and the ones which are Phillips head. Screws are ubiquitous devices. For repairing fractured bones or restoring stability in the areas which are weak, it is expected that the orthopedists would use screws. Normally, these screws are not removed later, they are going to stay there. In order to implant these screws, a screw hole is made in the patient’s bone.

The second type of surgical implants, as mentioned above, are the plates. Plates were first used more than 50 years ago in 1886 to fix bones which were fractured. Like screws, there are different types of plates as well which are used in the orthopedic implant processes.

The last type of surgical implants introduced in this article is the prostheses. There are a variety of prostheses used by orthopedists to replace joints and bones. Nowadays, many athletes are getting prostheses done in their knees and hips, and this allows them to regain full motion and alleviate the pain of a damaged joint in a short span of time. Proper knowledge about the variety of surgical implant products are used for this procedure that can help a better understanding of the procedures themselves,. Few examples are:

The symptoms of titanium allergy can be as the following, but not all have and get the same symptoms. They are:

Can a person get an MRI in spite of having titanium implant?

It is one of the most suitable types of materials to be used as surgical implants. As such, it is safe and a person with a titanium implant can have an MRI without any fear or hesitation.

It should be taken into consideration that; titanium does not suit all body types and some may show reaction whereas some others may not. It is a common issue as all humans don’t have the same body type and the anatomies are different. Therefore, the bodies may show different reactions to the substances around them. There is nothing to worry about. Joint pains, fractures now can be alleviated and fixed with the help of titanium surgical implants. The implant will help regaining body strength. It is just important to keep in mind that the MELISA test should be taken before undergoing the procedure, to make sure no allergies will arise.

Crouzon Disease: Do You Know Enough About It?
Read More

How Well Do You Know About Different Types of Orthopedic Plates?
Read More

what Orthopedic doctors do?
Read More