The Symptoms, Treatment and Causes of Hemifacial Microsomia

Hemifacial Microsomia surgery has helped a lot of patients to regain their happy face and smile.  The hemifacial macrosomia surgery has acted as a rebirth for the patient who had been suffering from facial deformities and thought they would never smile and have their regular face again.

Hemifacial microsomia states a condition where one side of the face is underdeveloped and does not grow normally, and it affects the cheekbones, lower jaw, facial nerves, and neck. Craniofacial Microsomia is the abnormality that occurs in children in their face and the skull even before they are born. The term macrosomia means nothing but the abnormal smallness of the structure of the body, which varies in people from size to size, and the sides can be either left side of the face or the right side of the face of the person. People suffering from craniofacial microsomia have abnormalities in the ears and have growth of skins in front of the ears or a closed or absent ear canal, and having eye problems is rare. People who are affected with hemifacial microsomia are said to have Goldenhar syndrome.

What is Hemifacial Microsomia?

The answer to it is no, and the child does not complain of any pain or discomfort. It is a disorder that happens to approximately one out of 5000 newborns and may occur sporadically. Some problems arise with hemifacial microsomia such as facial paralysis, thinning of the cheeks' soft tissues, and underdevelopment of the eye socket. The disease's treatment may have to address the asymmetry of the jaws, small and absent ear, and the soft tissue of the cheeks. Craniofacial microsomia is a genetic condition that is caused by the mutation and change on a specific gene. Craniofacial microsomia holds symptoms that can affect various parts of the skull and face. Early diagnosis and early treatments are needed if the jaw is underdeveloped and causes problems in breathing and feeding. In the same manner, in the case of the Goldenhar syndrome, which is the same as the hemifacial microsomia, there is a rare congenital disability characterized by incomplete development in the parts such as the ears, nose, soft plates, lips, and the mandible. People having Goldenhar issues will face problems such as feeding issues, hearing loss, difficulty in breathing, bipolar tumors, craniofacial abnormalities, and difficulties in speaking. 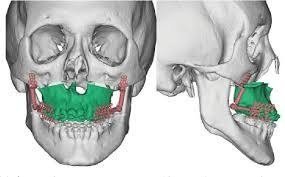 Other Names for Hemifacial Microsomia

For many people, still, the cause of hemifacial microsomia is unknown, and it is believed that some problems are occurring during the initial days of the development such as disturbance of the supply of the blood to the first and second arches of branchial in the 7 to 8 weeks of the pregnancy. There are environmental risk factors such as medications during pregnancy, such as aspirin or ibuprofen. Hemifacial microsomia occurs as a genetic disorder such as chromosome disorder, which is found in some families. It is possible to say that hemifacial microsomia can happen as a combination of genetic changes and environmental risks. 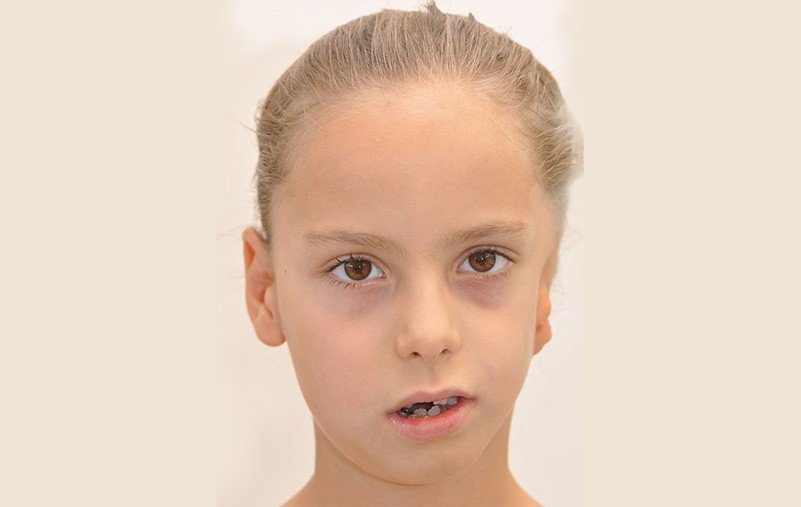 What Are the Signs and Symptoms of Hemifacial Microsomia?

Hemifacial microsomia has the following signs and symptoms.

Children having a mild form of hemifacial microsomia have smaller jaws, and in front of their ear, there is a skin tag. In severe cases, the child's face may seem more modest on the one side with an abnormal shape ear.

How is Hemifacial Microsomia Diagnosed?

How is Hemifacial Microsomia Treated?

Hemifacial microsomia treatment varies depending on the attributes present and its severity in each person who is affected. Many types of surgeries are required to treat hemifacial microsomia. In some cases, the children need breathing support soon after birth if the jaw is affected severely, but the good news is that the airway problems are manageable without surgery. The children who have deformities in the jaws may have difficulty feeding and need supplemental feeding, which is done through a nasogastric tube that supports the growth and the weight gain. Children with missing ears or abnormally shaped listeners may choose to undergo many reconstructive surgeries to make the ears look normal. Bone abnormalities may require surgeries as well. In hemifacial microsomia, many-body systems are involved; thus, affected individuals must be monitored continuously. In case the facial paralysis or eyelid abnormalities are seen in the child, the eye closure may be incomplete, and the protection will be provided either through lubricants or surgical process. The conventional treatment of hemifacial microsomia includes orthognathic surgery.

The content informed us about the hemifacial microsomia disorder, and it allowed us to know its types and how we can treat the disease and give children the face they deserve right at an early age. Good life with a healthy lifestyle is what everyone deserves. Go ahead and help someone with the knowledge this post gave you to bring back a smile on the face of a person who has been affected by this disorder.

What Are Cranio-Maxillofacial Injuries?
soma zaidi

What you need to know about different types of maxillofacial surgery?
soma zaidi